A GWCT grand day out! 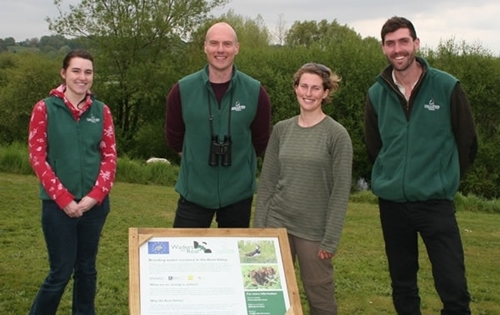 A GWCT grand day out!

Last week some of the GWSDF Auchnerran team involved in the new Laser Fence project (LF) visited Hampshire to see the Waders for Real project (WFR) in action. Both are LIFE+ funded and both are concerned with waders to some degree, though WFR has now been running for a couple of years. Lizzie Grayshon, the Waders for Real Project Ecologist, kindly took us to two of the study areas she works on to see some of the measures they are undertaking to help waders and show us some of the season’s first hatchlings.

Long-term monitoring of waders in the Avon valley by Andy Hoodless and others has shown a steady decline in the number of breeding birds over the years, even where some beneficial habitat measures have been put in place. His team are trying to improve the quality of the habitat on a larger scale than has been tried previously and investigate the impact of predators on populations, focusing mainly on Lapwing.

One of the main habitat changes being made is the introduction and maintenance of wader scrapes, where surface soil and vegetation are removed to expose shallow, wet soil that is perfect for chicks to forage in – much easier than the thick grasses that often characterise the meadows the Lapwings breed in. These areas need some attention to keep them open, but are clearly heavily used by the birds. The spoil dug out from the scrapes is used to create a slightly raised area nearby which also becomes good nesting ground as it keeps nests above rising water levels when the meadows flood. This is a feature we are planning to introduce to GWSDF soon. 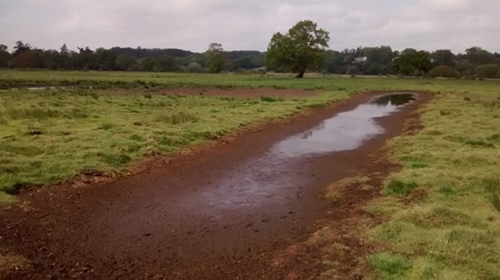 Although there is some predator control on parts of the WFR study area, it is not ubiquitous, so other measures are being tested to try and keep predators away from vulnerable eggs and chicks, like the electric fences shown in the picture below. It is early in the project so there are no results to discuss yet, but it will be very interesting to see if breeding success is higher in these protected areas.

The LF trials, soon to start at GWSDF, will be testing whether the lasers can deter potential egg and chick predators from defined areas. They work by simply projecting a green disc a few centimetres across which, when moved around, will scare the animals away – we hope! This technology is currently used very effectively on birds at airports and in agricultural settings, for example, but so far is untested on mammalian pests. If successful, this simple principle could provide a non-lethal means of controlling animal numbers in a given area, reducing the reliance on rodenticides and the like.

Electric fencing in place around an area of meadow used by breeding Lapwing. The muddy scrape can be seen in the background, within the protected zone.