IRIS executes night flights with the new drones of the project 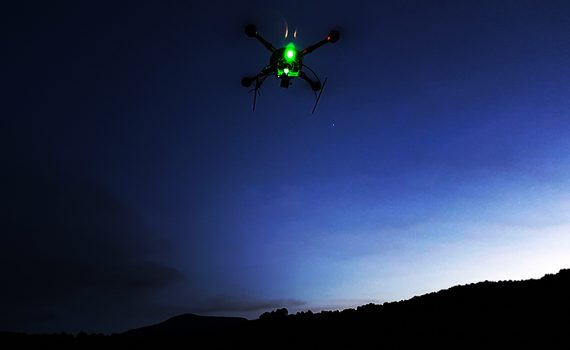 IRIS executes night flights with the new drones of the project

During the last weeks, Santiago Martinez, partner and pilot of IRIS, has made several night flights in agro forestry zones to test the equipment and prepare for the flights foreseen in the LIFE Laser Fence project.
The trials have been done near a workshop used by the company in Ourense, more specifically in the town of Viana do Bolo, in the Ourense province in Spain. It is an open zone with scattered trees, near a river where usually deer and rabbits can be spotted.
The flights went satisfactory both in the automatic mode (following the routing previously defined with waypoints) and in the manual mode (continuous radiometric videoing).
Some small sized animals could be identified (various dogs of small size that were in the aea) and also persons at a heath of about 120 m.
One of the limitations detected, is regarding the laps of time to fly: between 21:30 and 24:00 in all cases. After observing the images taken it appeared that in this time laps the soil temperature is still too high. This does not allow to identify individuals easily since there is no clear contrast between animal and soil, especially in areas of bare soil o with stones.
In the coming days, IRIS will do flight trials early in the morning (before dawn) since it is the moment that the soil reaches its lowest temperature.
Hereunder pleas find some pictures taken during different days and different flights: 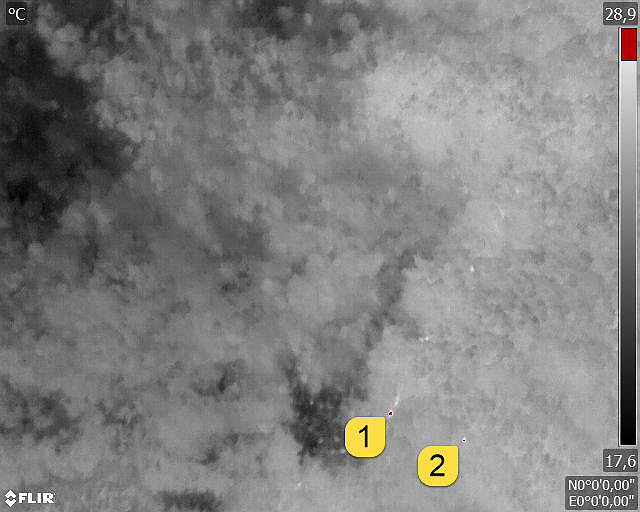 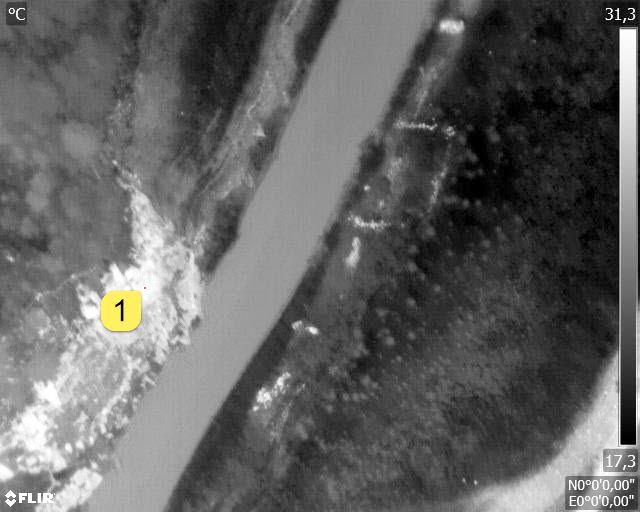 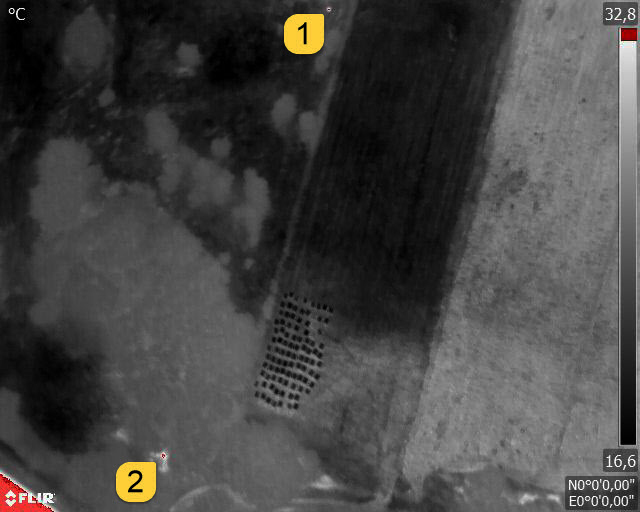 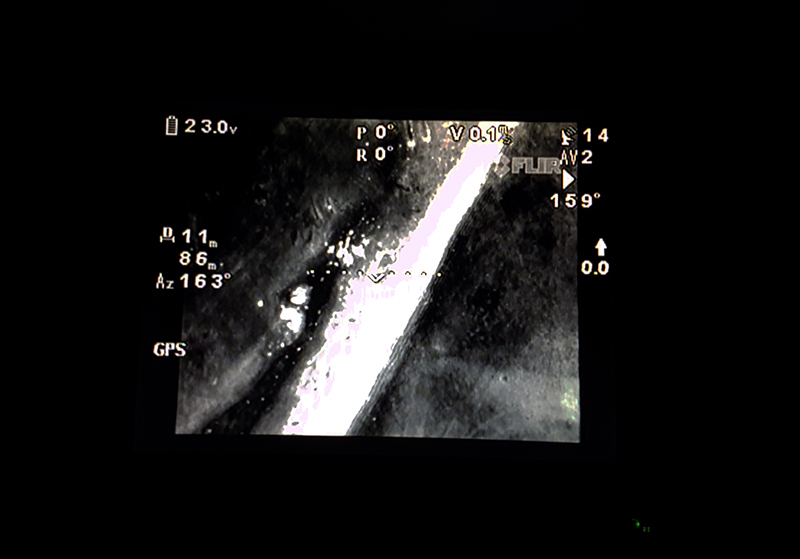 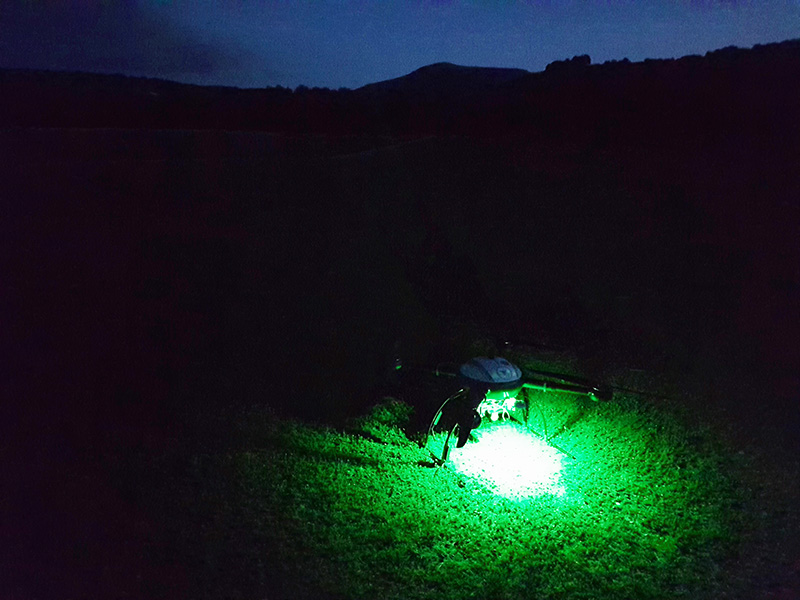 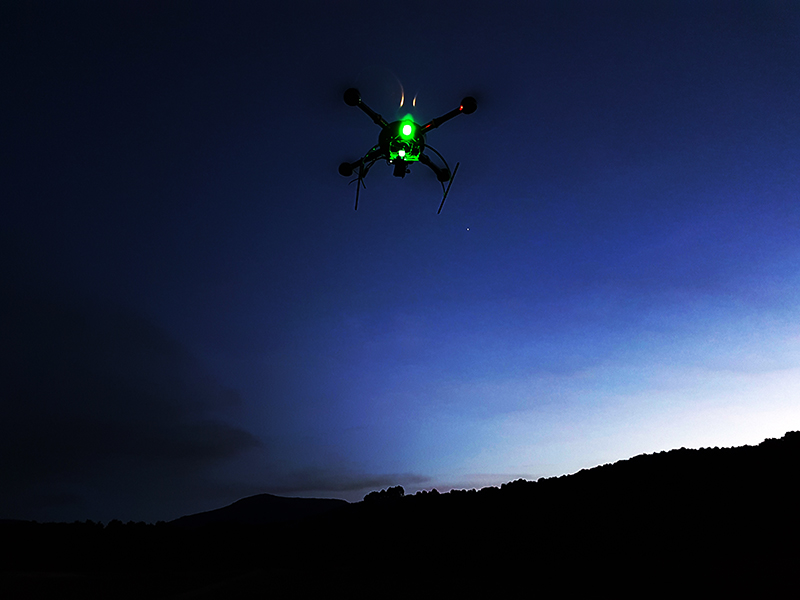 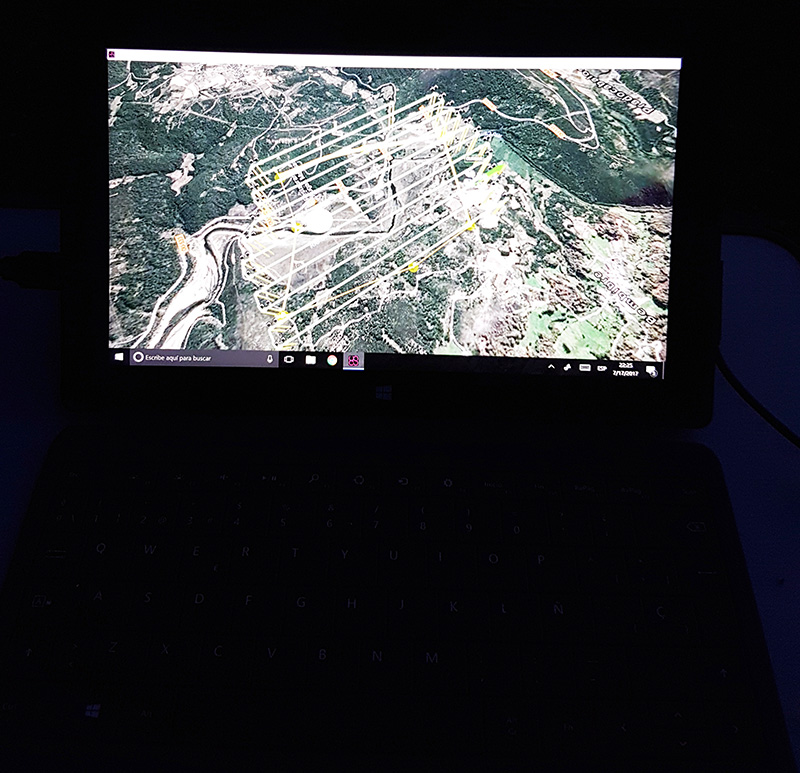 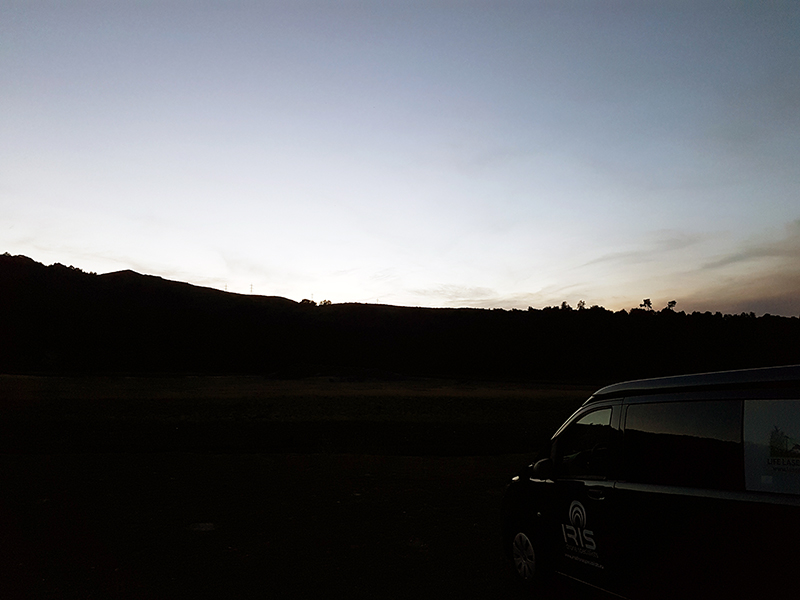