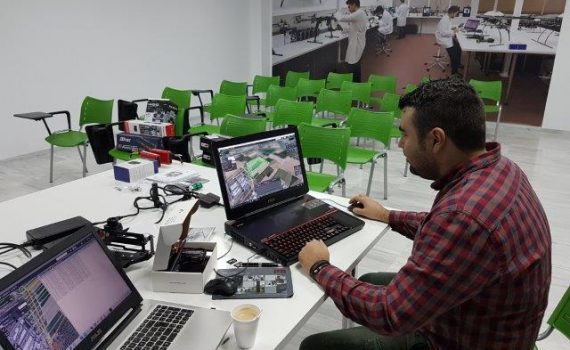 After having acquired the project´s drone DroneQuasar, Santiago Martínez of IRIS, on 10 of January moved to the Dronetools headquarters to follow a training on the right application of this equipment.

During the three days of training Santiago learned how to mount and dismantle the drone, how to mount and charge the batteries, and how to manage the batteries safely to avoid risks and make them last longer. He also learned how to install the two camera brackets properly on the drone. One of the brackets supports up to three cameras, which always look downward. The other bracket holds two cameras which can be rotated horizontally and vertically and allow the pilot to have a 360 degrees view.

Santiago was also trained in the use of flight planning software and on how to fly safely. During the training days, he was able to make the first practice flights with his freshly bought equipment. 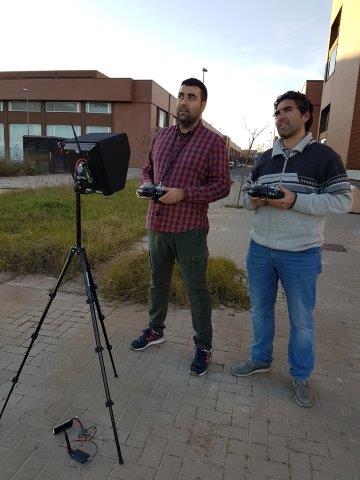