The Volterra team continues to test the efficacy of the laser and find replication sites for the project. 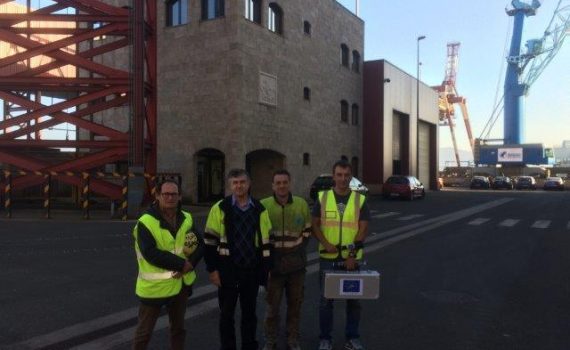 The Volterra team continues to test the efficacy of the laser and find replication sites for the project.

On the 9th of March, Egbert Sonneveld of Volterra, visited to the grain terminal TASA in the port of Santander (Spain) Bird intrusion in storage silos and cereal transport belts cause a lot of problems for the cereal companies in this port.

The nets that have been used up to date to protect building entrances and rooftops, have proven to be ineffective. In the exterior of the buildings, accumulation of excrements and remains of dead animals on roofs and in gutters, cause a lot of contamination and nuisances.

Sonneveld demonstrated the effectiveness of the laser to the technicians of TASA, who could see how the laser effectively repelled the pigeons from the area. The technicians were impressed with the results and were very interested in installing this system for a few months to check its effectiveness in the long term. 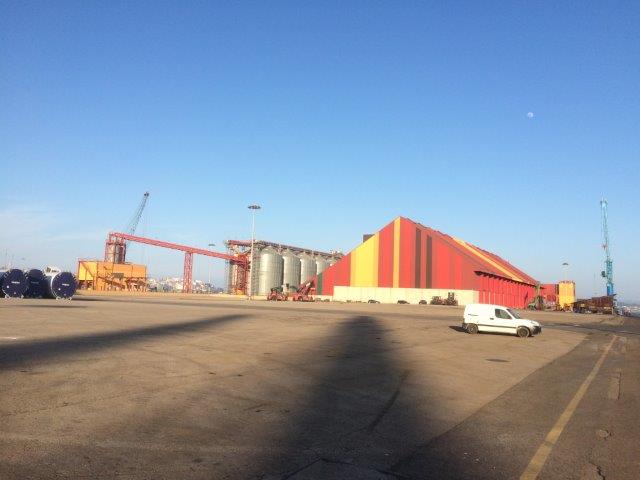 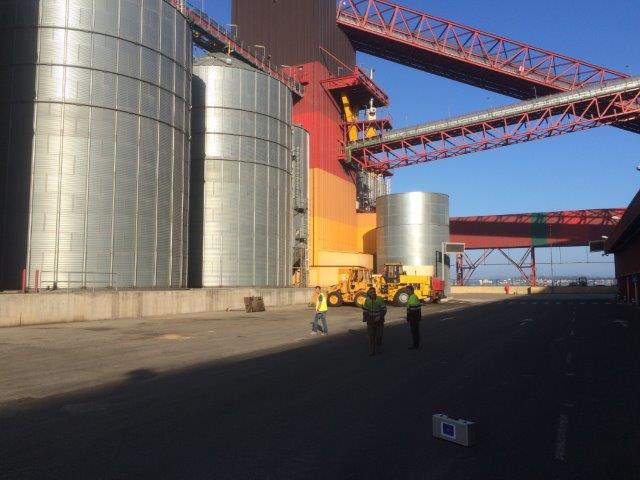